Greta Thunberg, the most dangerous girl on the planet 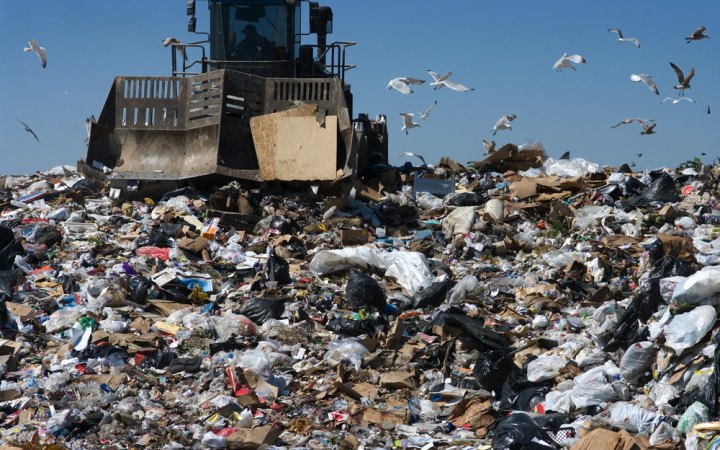 Greta Thunberg stands strong and calls for the elimination of consumer capitalism, a form of economic system that is rapidly destroying the planet. She is the vanguard of an empowered youth who will help transform this world.

We have not come here for world leaders to care, you have ignored us in the past and you will ignore us again. You have run out of excuses, and we are running out of time. We have come here to let you know that change is coming, whether you like it or not. The real power belongs to the people. Greta Thunberg

Sixteen-year-old Greta Thunberg (@GretaThunberg) is the most dangerous girl on the planet. You know this because older white men like Maxime Bernier of the ultra white-wing People’s Party of Canada (PPC) are shamelessly attacking her intelligence, her motivation, and her parents in a desperately transparent attempt to divert attention from her powerful, spreading message. They are even suggesting she is mentally disturbed in some way, and that’s the reason why she’s raising the climate alarm.

You are not mature enough to tell it like it is, even that burden you leave to us children. Greta Thunberg

It’s remarkable when you think about it, this bully behavior, this targeting of a young female by much older, privileged white men for speaking out about the dangers of climate change. If you saw this kind of thing on a schoolyard, you’d be rightfully horrified that an adult was verbally assaulting a child. That this is coming from politicians and others who choose to engage in personal attacks rather than deal with the arguments, or the climate change crises, boggles the imagination. It’s hard to understand why anybody would attack this girl who is so bravely and successfully standing up for the lives of billions, until you realize, for privileged white men, she’s the most dangerous girl on the planet.

You say you love your children above all else, and yet you are stealing their future in front of their very eyes. Greta Thunberg

Why is Greta so dangerous to these privileged men? Because she has no respect for them, because she refuses to waste her time with them, and because she is helping to bring a final, fatal blow to the Capitalist System, and she knows it. She’s not just drawing attention to the fossil fuel industries, the primary culprits, she’s also drawing attention to our out of control consumption patterns, and our advanced Capitalist addiction to constant buying. Her actions are drawing attention to the fact that if this planet is to continue to survive, it is not just big-oil that has to go, our tragic, wasteful, consumption patterns, our daily Starbucks latte, our extreme dependence on processed fast foods and Uber restaurant delivery, our constant jet setting around the planet, our unending desire to have the latest new Apple i-thing, all have to end. We simply cannot go on eating our way through the finite resources of planet. There is an absolute limit. Anybody that tells differently is deluded in some fashion.

You only talk about moving forward with same bad ideas that got us into this mess, even when the only sensible thing to do is to pull the emergency break. Greta Thunberg

Greta is right, of course, and it’s true. If we don’t change our global consumption patterns immediately, climate disasters are going to multiply, and things are going to get worse. And therein lies the rub. If the rich, wealthy countries of the world suddenly woke up and reduced wasteful consumption by forty percent, fifty percent, or more, Capitalism,which is already facing a crises on multiple fronts, will crumble into dust, and that has a lot of a capitalists running scared. You see Capitalism, which is a system of labour accumulation that requires constant growth to survive, cannot, and will not, survive the global contraction of demand being signaled by our dear Greta Thunberg. The System will be thrown into financial and political chaos. And while the human race in toto will likely not end as a consequence of this chaos, what emerges on the other side of the debacle in a decade or three will be quite different than what we have now, guaranteed.

It is the sufferings of the many that pay for the luxuries of the few. Greta Thunberg

One the right hand, it could be that with the collapse of Capitalism, we’ll see a dramatic reduction in population, a dramatic concentration of available wealth, and a return to Feudal style monarchies. Don’t look so surprised. It’s not like this isn’t an obvious trending. Trump (who loves his Monarchical gold and whose callous and deceptive manipulation of the uneducated masses is followed by other leaders around the world like Boris Johnson) has already placed himself in the Merovingian “chosen-one” King of Israel line of descent from Jesus Christ by proclaiming himself “King of Israel.” And if that doesn’t scare you, the fact that the GOP remains silent and impotently inactive while he makes these outrageous claims, or that the uber rich are silently preparing for apocalypse, should. You might not know what’s coming, but they do, they are preparing for it, they are enabling it, and they’ve got the money to survive.

On the left hand, it could also be that the collapse of Capitalism will end this planet’s destructive and ancient Regime of Accumulation and replace it with a system of automated production and distribution that will fairly distribute this planet’s amazing bounty to everyone alive on the planet. Sure it’s utopian, but for the first time in human history, it’s a possibility. Humans have the productive, technological, and administrative capacity to create utopia on Earth, for everyone. The only the thing that stands in the way of that, and don’t let anybody tell you differently, are a handful of human beings, mostly male, who are so addicted to money that they would destroy the lives of billions just so they could keep having more.

And if the solutions within this system are so impossible to find, then maybe we should change the system itself. Greta Thunberg

And that’s what makes Greta so dangerous. She’s dangerous not because she’s pointing straight to the addicted heart of the people who are destroying this world for their profit, and not because she’s tagging them as immature, deluded, and full of bull shit excuse, but because, by her courage and clarity, she enables the people to see and talk clearly, and because she makes “the choice” crystal clear — continue to enable the accumulation of a small cadre of addicted and mentally ill human beings, thereby enabling the destruction of democratic civilization, and the roll-back of two centuries of human progress, or change The System /change the world.It’s that forceful clarity that’s dangerous, maybe not for you and I because we would easily make the right choice if given the full truth, but for the whose only way to preserve The System and their addiction is to continue to cover the world in darkness, ignorance, fear, and despair.