The Pedagogy of the Upanishads

by Michael.S | Mike's Blog, Student Only 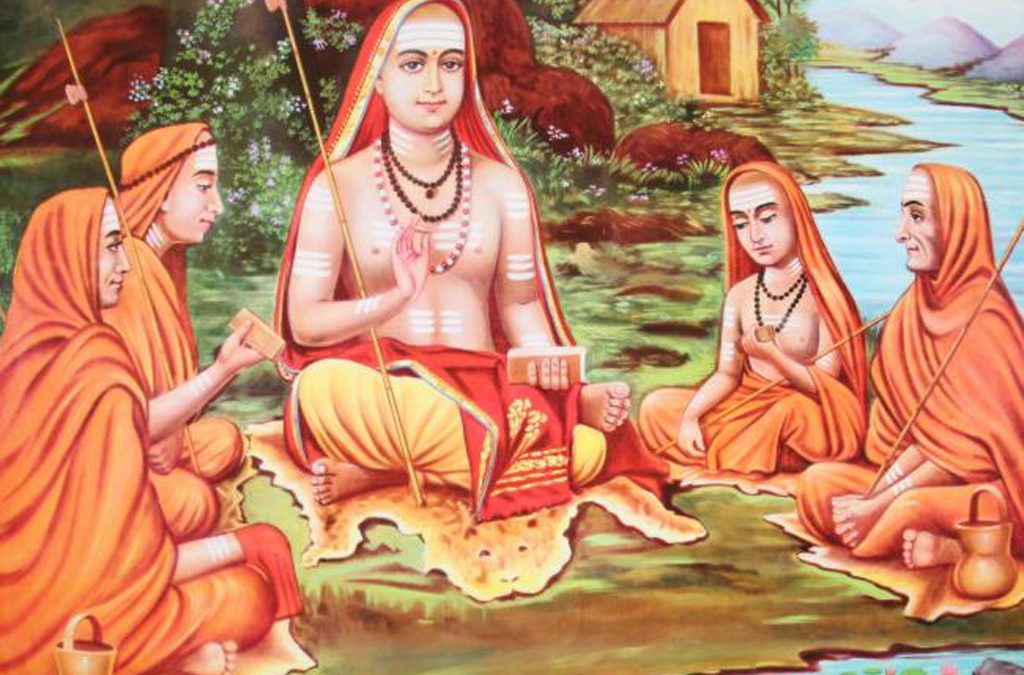 A look at the pedagogy of the Upanishads and a consideration of its relevance today.

As part of my interest in the Sociology of Human Spirituality, I recently started reading the Vedic Upanishads. I became interested in them as I was reading through The Crest-Jewel of Wisdom. As I have learned since I became interested, the Upanishads are part of the Vedanta (the end of the Vedas) and are specifically focused on cosmology and theology. They provide a summary of centuries of spiritual thought. There’s about 200 of them, scholars say, but only a few that are considered core.

The Upanishads form the basis of Hinduism. They contain the cosmological and theological truths that are core to Vedic religion. The truths taught in the Upanishads are interesting in and of themselves, but what interests us here today is the pedagogy of the Upanishads. Pedagogy is a fancy word that really refers to “teaching theory,” or ideas about how best to teach students. There is definitely a pedagogy to the Upanishads, and I think it is a sophisticated one.

Number one, you need to know that the Upanishads themselves are formatted in short books, usually only a few pages in length. The books, which have names like Isha Upanishad, are organized into one or more units. Each unit is broken down into several sections (lessons) and each section contains several short bullet point like statements or utterances revolving around a particular topic.

Number two, you need to know that the short treatises are written originally in Sanskrit, a language capable of dense expression. A lot of ideas can be conveyed in a single Sanskrit utterance. The potential density of Sanskrit utterances is used to great effect in the Upanishads to convey a lot of information in a very short space. But, the density of thought makes the Upanishads difficult to understand, even for one who understand Vedic spirituality and knows Sanskrit. It can be very challenging for a novice speaking English person to get anything out of a simple read.

Why would ancient Vedic scholars make their teachings difficult to understand? Not out of spite or a desire to hide truths behind esoteric EPMO, but simply for efficiency. You can understand why they would do that if you consider that the Upanishads may have functioned as teacher’s manuals. Upanishads were written not for the masses, but for teachers who had already achieved “enlightenment” and who had worked through and understood the deep spiritual truths of creation. For these folks, for the “enlightened” gurus, the Upanishads functioned as a spiritual curriculum map, a teacher’s handbook and guidebook. The teacher would, presumably, memorize the specific “utterances” and then, in a small class with a handful of students, select a specific Upanishad for the days lesson and recite the “utterances” back to the students. If the student understood, the teacher would move on; if not, the student could ask questions. In this dynamic and interactive way, the teacher could listen to the student’s questions, allay their misunderstandings and confusions, and tailor the teachings to the specific level and needs of the student. Once a particular utterance had been understood, the teacher could move on to the next utterance or Vedic unit as fast or as slow as the student could understand. In this way, the teacher could efficiently present Vedic wisdom in an interactive context where students could easily ask questions and discuss.

This advanced, interactive, student-centred pedagogy is quite striking and explains why the Upanishads are organized and written as they are. The books, the units, and the sections organize Vedic content for easy memorization and presentation. When memorized, they prime a teacher’s memory, guide the presentation, and give students an organized and consistent window into a complex teaching that could then be explored in a sensitive and customized fashion.

Was this pedagogy of the Upanishads effective? I’m no Vedic historian but if I had to guess, I’d hazard to say it would have been quite effective, especially given the complexity of ancient Vedic thought. What better way to teach students than in small classrooms with content custom delivered by an expert teacher on the subject? Of course, for the pedagogy to be effective, other factors would be relevant. For one, you’d have to have good teachers who were not only expert with the materials, but who knew how to teach as well. You couldn’t just put any hack in the teacher’s seat, otherwise you’d sow confusion and not spiritual wisdom. For two, you’d have to have a lot of teachers. Given the state of the world in ancient times and how complex and dense the materials are, there would be a limit to how many students a teacher could have and still be effective. How many students a particular teacher could handle would depend on a number of factors, like the previous knowledge of the students, the teachers past training, the personality of the individual teacher, and so on. If I had to guess, I’d say that no more than ten or twelve students in any particular sitting.

When considering whether the Upanishads are useful to spiritual seekers now you also have to remember, Vedic wisdom is ancient and it is written in a language (Sanskrit) that is dense, complicated, and difficult to translate. If there’s any hope of making the Upanishads useful, then not only do you have to translate them properly using grammar appropriate to modern sensibilities (something rarely, if ever, done), but you also have to update the concepts, where possible. I think it is possible to do both, at least in some cases, as I demonstrate in the examples provided in the additional exploration below, but it takes time, effort, and somebody with a deep understanding of spiritual truths If you don’t translate and update into modern grammar, and if you rely on ancient concepts for which there is no longer a modern sensibility or context, it’s unlikely you’ll get much of anything out of teaching or reading the ancient Upanishads.