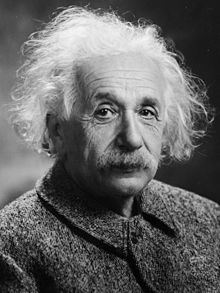 There’s a famous quote by Einstein on religion where Einstein is purported to say,  “Science without religion is lame, religion without science is blind.” People who want to support the idea of institutionalized religion and God point to that quote as evidence that Einstein liked religion and believed in God, while others dig about desperately trying to find evidence that he had no use for it. Like most things in the sound-bite culture of mass consciousness, the real truth is a bit more complicated. Einstein did not believe in a patriarchal God, but he didn’t think human spirituality was entirely without value. In fact, as we see in this reading, Einstein had a lot of respect for spirituality that was authentic.